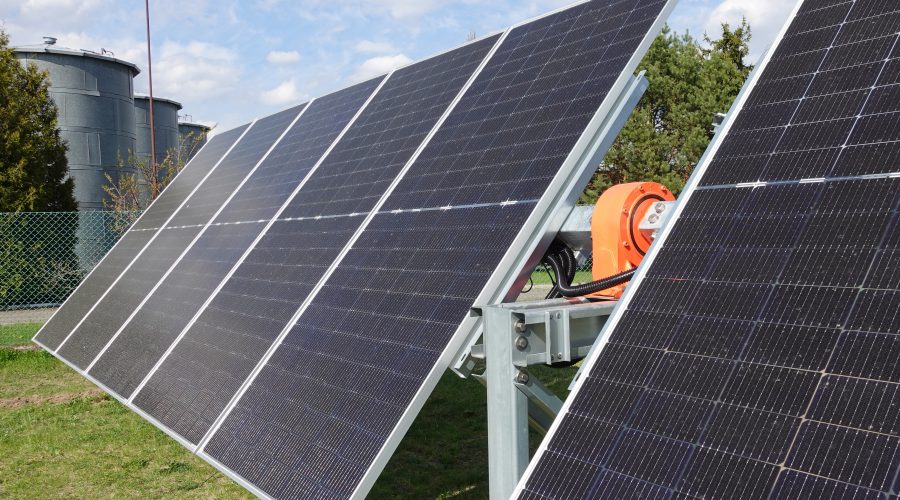 Energy5’s activity has always been guided by the idea of ​​providing the market with the highest quality systems for the installation of photovoltaic modules. Continuous improvement of the product offer is also a response to international trends that contribute to increasing yields from renewable energy sources. There are new offers of solar tracking structures on the domestic and foreign market – but what should you pay attention to when choosing the right system?

Due to the specificity of automatically controlled mobile photovoltaic structures, it is necessary to carry out tests that confirm the technical and functional characteristics of the product:

The introduction of a new, optimized version of a photovoltaic tracker for large-scale farms was preceded by intensive, long-term research works. Preparations for the premiere of the system included, above all, the creation of a company research laboratory in which solar tracker solutions were installed. The tested system performed nearly 11,000 work cycles, which corresponds to a period of approximately 30 years of continuous, failure-free operation of the follow-up system. During this time, all tracker components responsible for its functionality were subjected to observation. The obtained results confirmed the correct mounting of the photovoltaic modules and their long-term durability.

In terms of safety, it turned out to be important to study the tracker mock-up in a scale of 1:27, performed in the wind tunnel of an external laboratory. The control zone was a tunnel with a length of 4 meters and a square cross-section of 2 × 2 meters. Thanks to the use of the suction mode in the tunnel, it was possible to generate wind speeds of up to 40 m / s. The research included eight trials in which the variables were:

It is worth mentioning that assuming a safe position is one of the key and, at the same time, required features of a solar tracker – in the situation of exceeding the limit values, the structure positions the modules in a position that reduces the negative effects of the wind. Research tests have shown the most optimal setting of the tracker during the occurrence of normative and extraordinary wind speeds with the use of a given number of shock absorbers and their location. Importantly, the tests also confirmed the correctness of the PV module mountings under the influence of wind speeds up to 120 km / h. Thus, the solar tracker obtained a positive report from the Research Laboratory in the field of structure resistance to changing weather conditions.

Features of the solar tracker

The Energy5’s tracking system is made of carbon steel with an anti-corrosive metallic coating or of galvanized steel. The movement of the rows of modules is possible thanks to the use of plain bearings and individually programmed control units based on the Astronomical Almanac and on sensors that monitor the weather conditions of a given location. Energy5’s solar tracker is characterized by a reduced number of assembly elements, thanks to which its use is cost-effective, and the use of a reduced structure facilitates any service work.

From the point of view of the safety, it is extremely important that in the case of tracking (movable) systems it is possible not only manually, but also automatically, set the angle of inclination of the modules. In addition to many other functionalities of the tracker, it is its ability to detect weather changes that plays the most important role, which is able to guarantee the durability of the structure during recent weather anomalies.

Configuring the solar tracker settings is possible thanks to the integrated network control unit, which allows for efficient detection of strong winds and for quick reaction in the event of exceeding the limit values. The system communicates with the user via alerts and alarms, and it can be operated remotely.

Other features of the network control unit include:

Energy5 has once again confirmed the highest quality of its solutions. The optimized tracker system enables the installation of modules in one row with a length of up to 98 meters and allows for an increase in electricity yield by up to 30%! Importantly, all individual Energy5’s solutions have been reserved by the Alicante procedure.

The first Energy5’s photovoltaic trackers have already been installed on a solar farm in the north-west of Poland. The company has signed further contracts for the production and delivery of tracking systems for the construction of farms with a capacity of approximately 50 MW.