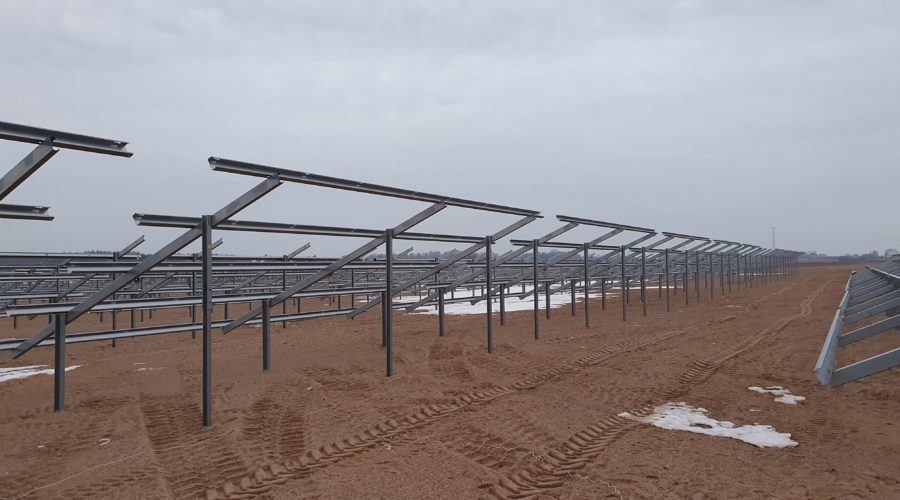 Photovoltaics on reclaimed mine lands

Can the area that used to be an area where raw materials were obtained be used for the construction of a PV farm? It turns out that the post-mining lands become an excellent ground for the foundation of ground-based photovoltaic structures.

Secondary use of post-mining areas

A frequent obstacle in the implementation of the construction of a photovoltaic power plant is the extensive underground infrastructure of the area. The intricate lines of the sewage network, telecommunications and electricity infrastructure or gas pipelines, as well as the lack of available documentation, are factors that significantly extend the investment process. It is mainly connected with the necessity to precisely adjust the arrangement of successive rows of the structure so that they avoid the physical obstacles on the investment site.

The even surface is a great advantage of the post-mining areas. Preparing the ground to perform subsequent functions involves backfilling the mining excavation and its compaction – thanks to the obtained effect, the driven PV systems guarantee perfect exposure of the modules to the sun’s rays. Due to the characteristics of the covering material with which the excavation was filled, there are also no forms of vegetation in the reclaimed areas. By choosing this type of area for photovoltaics, we avoid the phenomenon of shading the modules by trees or shrubs nearby.

The photo below shows ground systems prepared for the installation of PV modules in a horizontal orientation. The design takes into account the location of the PV power plant – 1 wind load zone and 4 snow load zone (therefore, sheet purlins with increased cut were used). In order to determine the depth of driving the C profiles – the legs of the ground structure – structural pile pull out tests were carried out. The tests allowed to determine the force needed to pull the elements out of the ground. In order to standardize the production orders, the profile insertion depth was assumed to be 2.5 meters.

The investment carried out in the Podlaskie Voivodeship included the design, production, delivery and assembly of photovoltaic structures adapted to bifacial modules. The elements of the structure are mounted at a spacing that avoids the obstruction of the double-sided module – the rafters are mounted directly under the half-cut lines of the modules and under the joints of individual panels.

Building a solar power plant is a solution that is a real answer to the ever-increasing prices of electricity. Using the resources produced by a photovoltaic farm is an excellent form of covering the energy needs of large production companies that can become independent of the trends in the energy market.